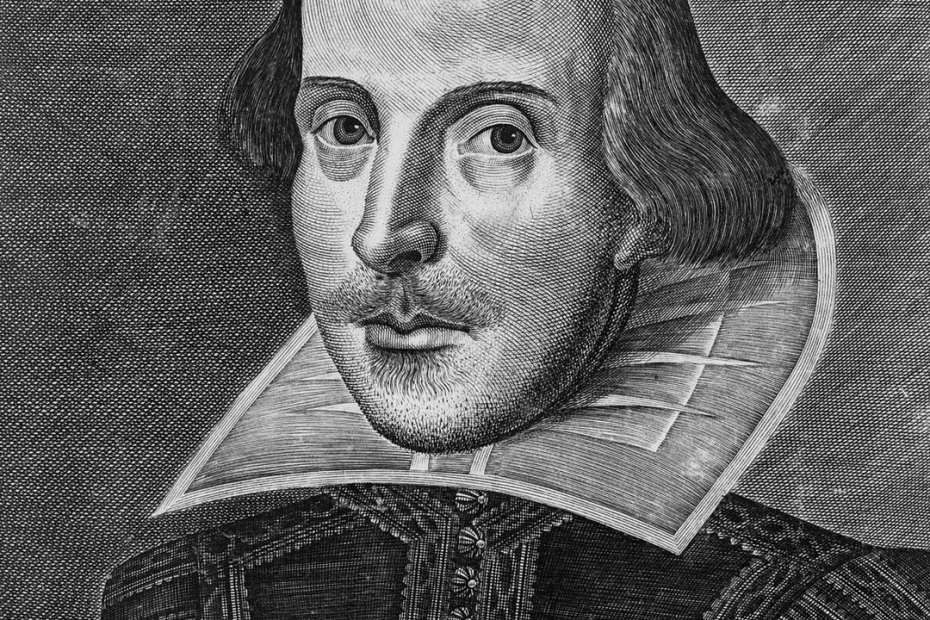 The Droeshout Portrait of William Shakespeare

The Droeshout portrait, published in 1623, is one of only two works that are actually definitive depictions of Shakespeare. Produced some years after his death, the work is an odd piece.

Bill Bryson wrote in his book Shakespeare: The World as Stage about the Droeshout portrait:

”The Droeshout engraving, as it is known (after its artist, Martin Droeshout), is an arrestingly—we might almost say magnificently—mediocre piece of work. Nearly everything about it is flawed. One eye is bigger than the other. The mouth is curiously mispositioned. The hair is longer on one side of the subject’s head than the other, and the head itself is out of proportion to the body and seems to float off the shoulders, like a balloon. Worst of all, the subject looks diffident, apologetic, almost frightened—nothing like the gallant and confident figure that speaks to us from the plays” (pg. 5).

Though, this did not stop Shakespeare’s friend and contemporary playwright Ben Jonson from praising the image beside it in the preface of the First Folio:

“This figure that thou here seest put,
It was for gentle Shakespeare cut,
Wherein the graver had a strife
With nature, to out-do the life :
O could he but have drawn his wit
As well in brass, as he has hit
His face; the print would then surpass
All that was ever writ in brass :
But since he cannot, reader, look
Not on his picture, but his book.”

Of course, one would expect that Shakespeare would have appreciated a much more handsome image of his face than the one depicted on the Droeshout portrait, maybe one that was a little kinder on the eyes (both his and ours).